Carousels of Life and Death

Several years ago – five to be precise – I initiated the process of applying for an MSW, a master’s in the field of social work. I applied to three different programs (respectively in New York, Oxford, and Jerusalem) and as any application process tends to do, I couldn’t help but think about why I wanted to be a social worker (besides, that was one of the application questions). It was gruelling to chase down words to describe something that I felt was in my bones. In the end, though I managed to secure other explanations, that was the primary reason I gave.

What I had a vague idea about then and now know more concretely is that work of any sort in the social sector places you (or at least should) in an environment of risk. I am part of and live in a church community that is situated in a rather impoverished neighbourhood. Though I feel a life in this environment that I have seldom felt elsewhere, the reality of death (of various sorts) is ubiquitous. These two realities are two faces of a coin I’ve pocketed.

A few weeks prior to the writing of this piece, I heard news that one member of our community had passed away. Brian was a cute, short, and somewhat plump man with a moustache. Of all his features, I remember his hands most vividly as he used to fold them and rub them together as if he was washing them; they had also made their rounds on my face and shoulders on several occasions. When I heard he had died, it was… unbelievable. Hadn’t I just seen him? I didn’t know how to say goodbye after he had already left.

A few of us went to his funeral service, which happened to be the first of its kind that I had ever attended. I had always assumed my grandfather’s funeral would be my first, but when he passed away I was in Canada and wasn’t able to make the trip to Delhi. As we we entered the funeral hall where Brian was, I was pleasantly surprised to hear music and to see a space that was well lit. We filed into the chapel and took our seats at some pews towards the back. There was an open coffin at the front. I knew I wanted to walk forwards and see my friend, but I also knew that moment meant, at once, saying hello and goodbye.

Eventually, I slid into the aisle and walked towards the coffin. I suppose nothing really prepares you to see your first deceased person. Brian looked much the same as I remembered him, peaceful too, as if he was sleeping. I half expected him to wake up, which was strangely comforting and alarming at the same time. I couldn’t really imagine this being it. I wanted to touch his hands and his face as he had done to me so many times, but my hands remained clenched in fists in my jacket. They stayed that way the entire time I was standing at the coffin. I regret that.

As I looked at Brian’s face, wave after wave of things both he and I had lost washed through my mind. There in the coffin, I saw my grandfather and the promise of freedom here on earth that Brian had probably always longed for; in a way I saw every unrealized potential and dream in both of our lives bristling in the light of the room, there on the surface of his skin. I was surprised that these things rushed to greet me just as I was on the precipice of saying an irrevocable farewell.

Many good memories of him and other things also came forward to pay their respects in that moment. It was strangely assuring to be in their company again. Eventually, probably after a few tears reached into the coffin and moistened Brian’s clothes, I said “Goodbye” and turned to go back to my seat.

Death is not the exclusive privilege of work in the social sector. It is no respecter of persons and extends its reach to everyone and every sphere at some point. But connecting my life to the people in our neighbourhood and living together where we do has heightened the likelihood – the risk – of death knocking on our door in one way or another. This enhanced sense of risk seems to elevate the value and importance of life and faith, and – though it’s unpopular to speak of such things these days – evokes deep meaning for me. Perhaps it was a longing to experience and live this that was embedded in my bones.

I hope that I’ll continue to live well in this tension, warmly and unreservedly greeting everyone who enters even if the next time I see them I am saying goodbye as they peacefully sleep in a room awash in music and light. 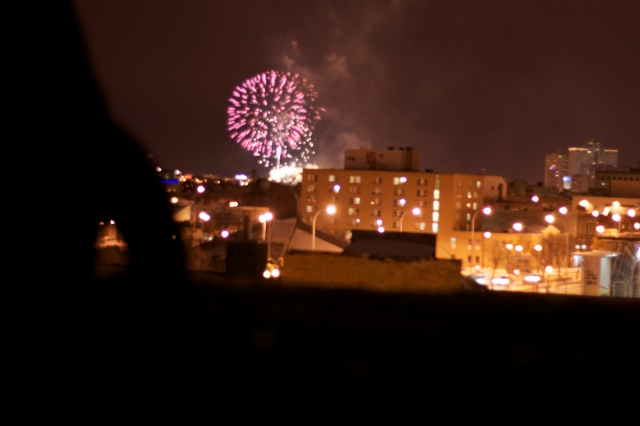